In The London Paper

I was in thelondonpaper last week in Em’s comic strip (written by the delightful Maria Smedstad). Yup. There is another British-based-female-autobiographical-comic-strip-writer-and-artist out there. Her stuff is witty and smart- a lot more text based than mine and nicely reflective of life in London for the 20 somethings. Check it out.

When i first decided i wanted to go pro i got in contact with Maria and she gave me some tips and a lot of enthusiasm. We met up for the first time a month or so ago. It was funny to be able to chat to someone about aspects of the job such as the ethical dilemmas of autobiographical strip writing (ie. do you sell your own mother for the sake of a gag? I’m still undecided- i’d sell my own mother for a doughnut some days). Later she told me her idea for the strip below, i sent her a wee drawing of me. The results are below.

Hm. Reckon i could get used to hitching free rides on the back of other people’s comic strips. Maybe one day Steve Bell will let me appear in one of his comics dressed as a penguin. One can but only dream. Karrie x 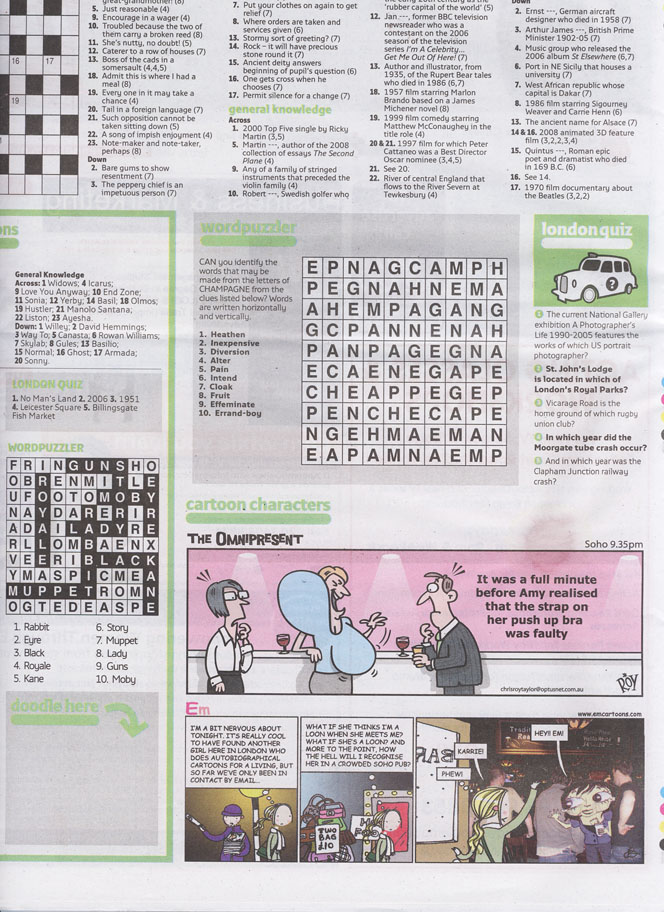