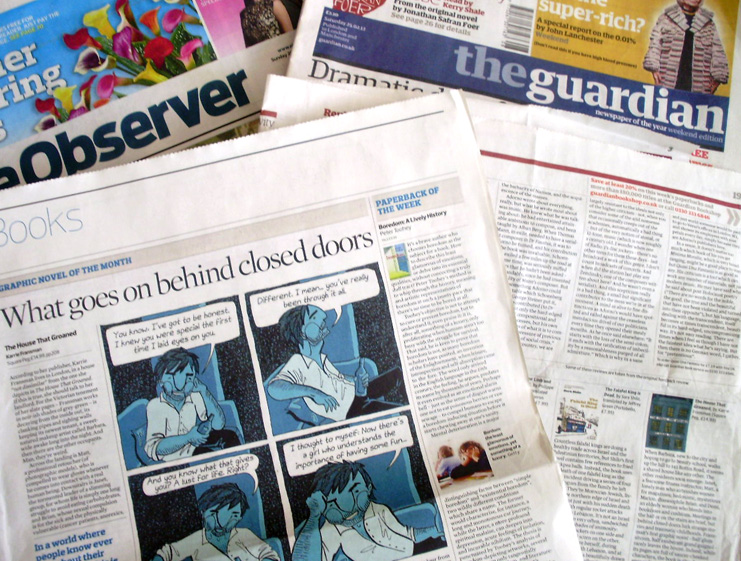 Praise for Death of the Artist

‘Intimate and poignant, like reading a series of old letters’ The Herald

‘ A fresh and dark tale’ The Association of Illustrators

‘An awe-inspiring reminder of the complexities, the inventiveness, the eloquence and the articulacy of the language of comics’. Broken Frontier

Praise for The House That Groaned

‘The oddball tenants of a shared London house jump off the page in Karrie Fransman’s bleak yet beautiful graphic novel’
The Observer’s Graphic Novel of the Month, (24/2/12)

‘It’s an enjoyable tale, dark but full of energy, fascinated by the private lives and perversity that bulge beneath suburbia’s façade.’ The Guardian, (21/2/12)

‘Fransman interweaves their unravelling narratives with flashbacks to formative incidents in her players’ pasts, enriching our understanding and sympathy.’ The Independent (25/8/12)

‘The beautifully evocative illustrations remind us of the work of Marjane Satrapi (Persepolis) and Alison Bechdel (Fun Home), but the darkly funny story – a tale of urban alienation, hungry women and sexuality – is uniquely Fransman’s.’ Stylist Editor’s Picks ‘Cool List’

This comic is as much a story of body horror as it is a slice-of-life comedy; it’s an uneasy mix that Fransman springs on an unsuspecting reader with great glee and skill.’ The Comics Journal (9/7/12)

‘But although there’s wonderfully-funny grotesque touches, there is a complexity and a depth to her creations that somehow anchors the whole thing in real life.’  Interview and review in It’s Nice That, (16/2/12)

Interview and article in the Guardian’s G2 (below) 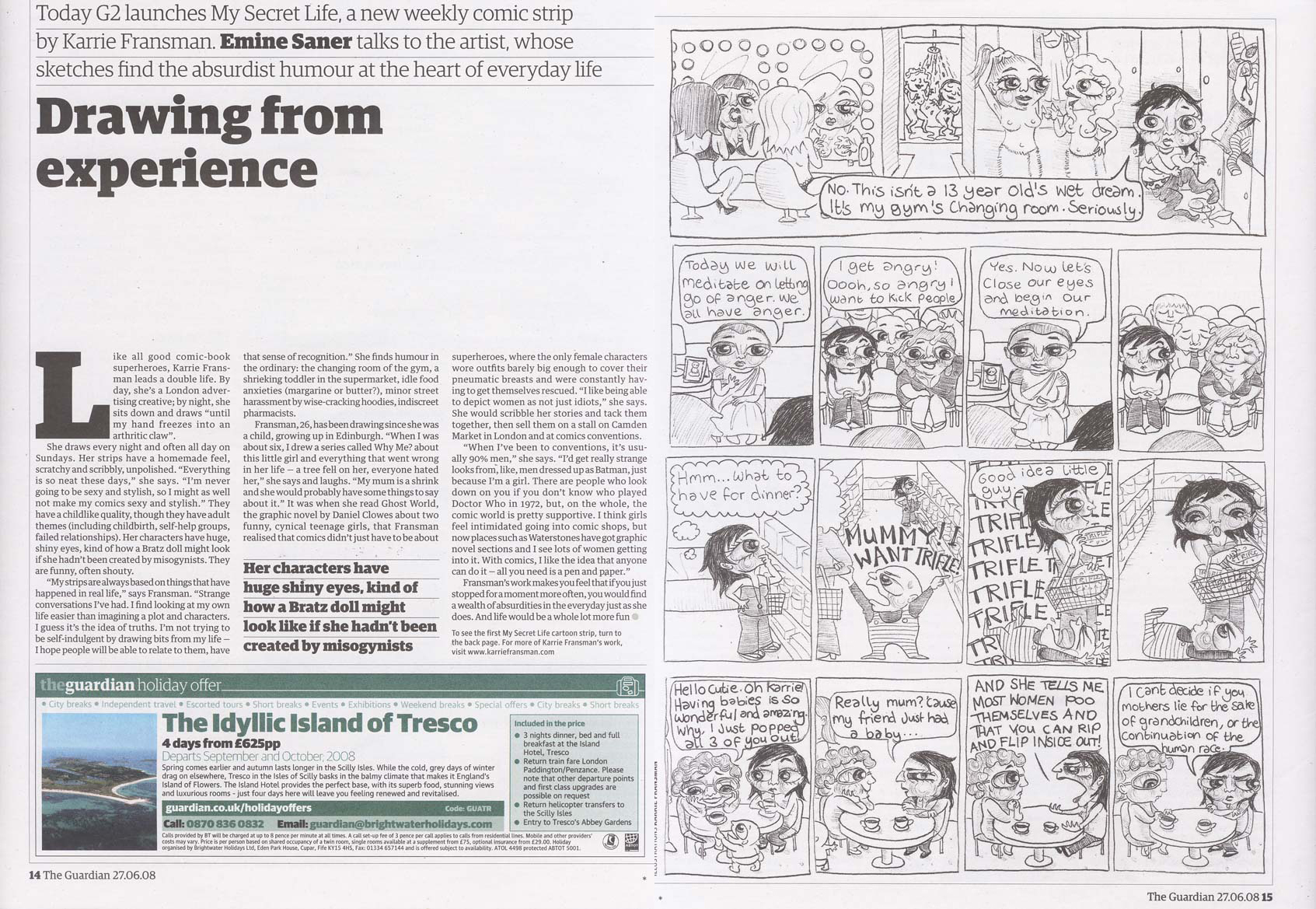 The British Red Cross Comic ‘Over Under Sideways Down’- winner of Broken Frontier Award 2014. 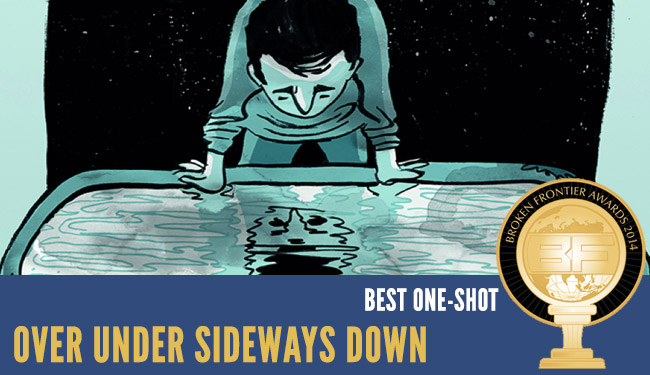 Interview with the National Portrait Gallery

Tedx Talk on ‘Why we should take comics more seriously’

Interview with TV Brussels (below)

Interview with Forbidden Planet International (below) 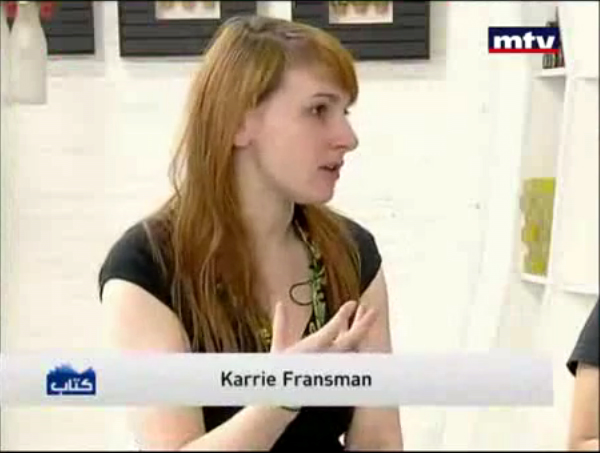 Article in Strip Magazine in Brussels 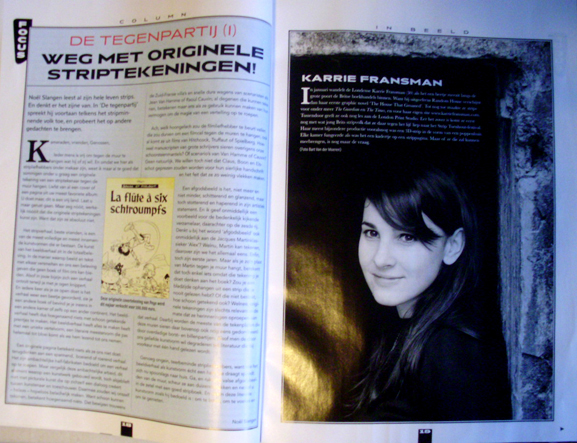 London College of Communication ‘What Gets you up in the Morning?’ (below)