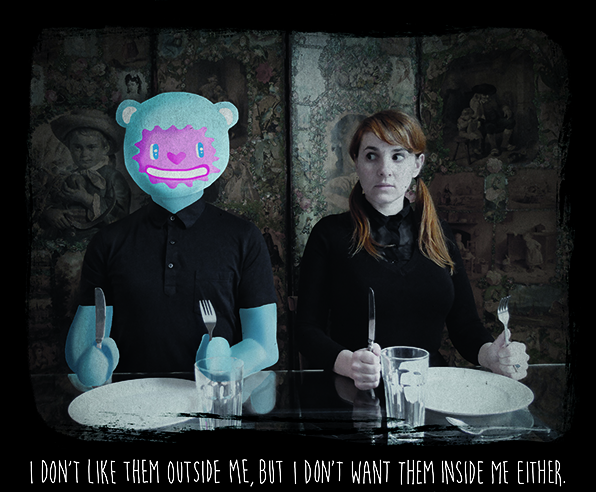 I was delighted to be involved with the Broken Frontier Anthology this year after an exciting and epic Kickstarter fund. The theme was, um… ‘Broken Frontiers’ so I decided to break frontiers with the story and the medium simultaneously by trying the rarely used medium of photography comics. My story was called ‘Outside. Inside’. I’ve included a small sample below. It was great fun to play with photography and photoshop and to take inspiration from all the pastel-coloured toys of my 80’s youth. The story is about a girl (who coincidentally looks rather similar to myself) who neglects to take her meds one day and accidentally sneezes out a cartoon character. 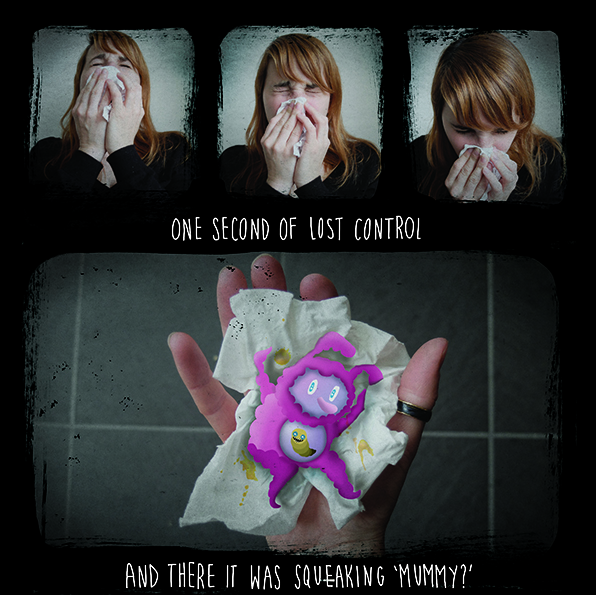 And very soon there is little she can do to control these cartoony secretions. 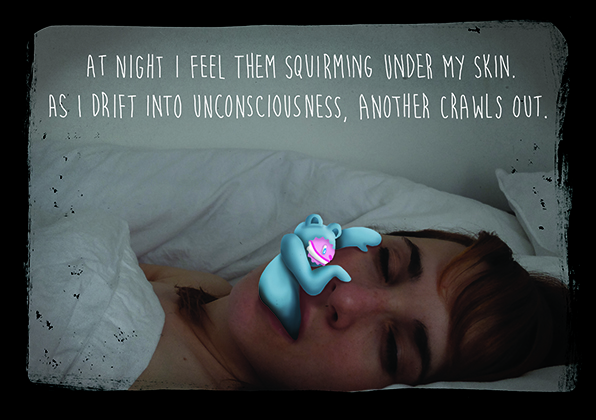 And soon they are living outside her.

Until one day she has had enough and tries to purge herself of them. 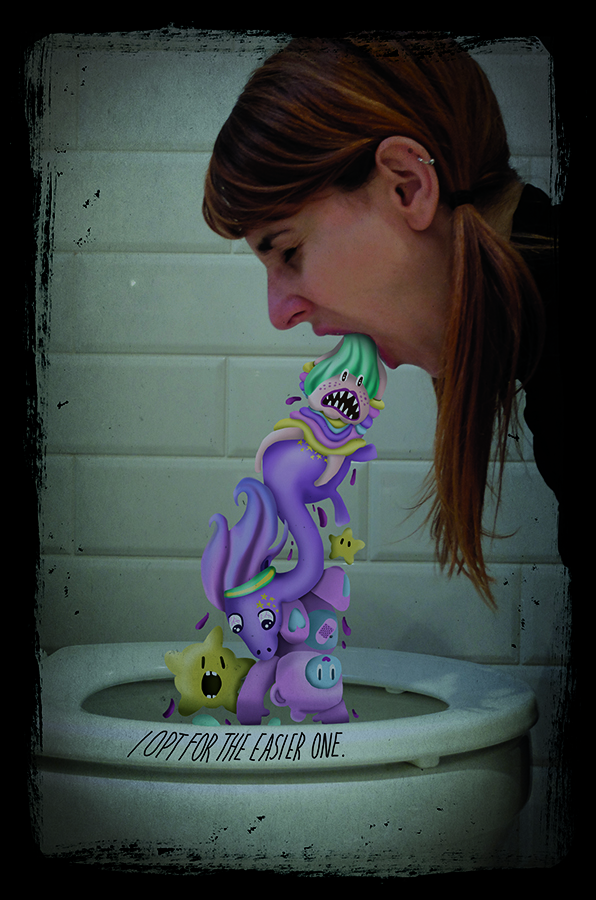 And what happens next? Well you will need to buy the Broken Frontier anthology to discover the ending and to read all the other fantastic stories including some by amazingly talented fellow Brits such as Alison Sampson, Jamie Coe, Ian Culbard, EdieOP, David Hine and one of my favourite comic artists Mark Stafford. You can read more about the launch at Gosh and see pictures from the night here.