Last week I returned from an amazing trip to Belgium where digital comic wizard Daniel Merlin Goodbrey and I were invited to curate an exhibition on experimental comics alongside the wonderfulDouglas Noble and most talented Rachel Emily Taylor at Strip Turnhout comic festival. This included a wonderful quilt my aunt, Denny Fransman, made of the front cover of my book ‘The House That Groaned’. She’s a brilliant crafts person so watch this space for more collaborations! Britain was the guest country at Strip Turnhout so we were in great company and spent the week hanging out with Paul Gravett, Peter Stanbury, Posy Simmonds (Tamara Drewe and Gemma Bovery), Woodrow Phoenix, Kevin O’ Neil (League of Extraordinary Gentlemen) and Paul Grist (Kane and Jack Staff) not to mention the Belgium talent like Randall C and Brecht Evans aaand i was lucky enough to be introduced to Charles Burns (Black Hole). Swoon.

Comics are treated with so much respect in Belgium which is why the country probably has some of the best comic artists in Europe. We watched huge comic concerts where artists drew along to the music and visited their massive comic exhibitions. Many many thanks to Koen and his brilliant Strip Turnhout team for inviting us and making our stay so wonderful! Here are some photos of our exhibition (with Rachel’s massive wolf heed).… and here is a wee article about me in Strip magazine (…a whole magazine about comics! imagine). 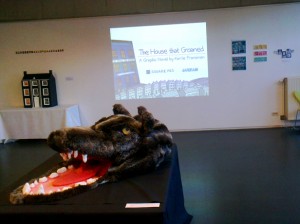 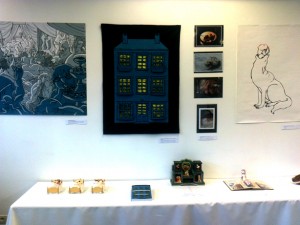 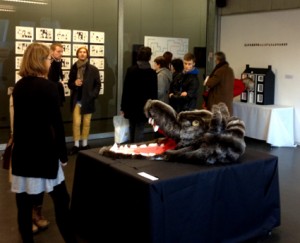 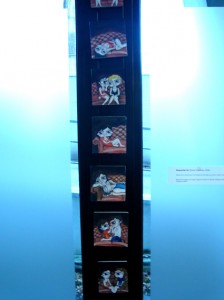 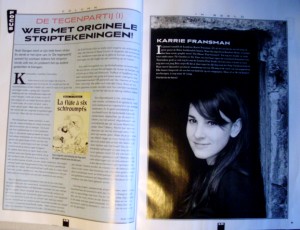 I also had the chance to lecture to Johan Stuyck’s students at the fantastic Sint Lukas Comics MA and BA. It was a great chance to meet all the talented students I’ve heard so much about. My comic interns at londonprintstudio were lucky enough to visit that weekend and joined me to meet the students and tell them about their programme. Thanks to Susan Yan Mach for the photos below! 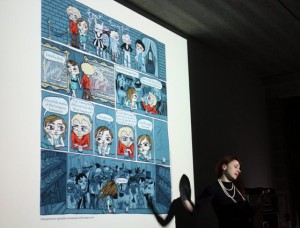 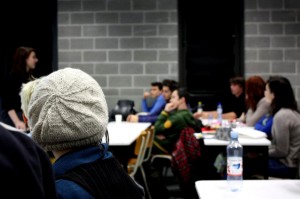