Literary Festivals in Croatia and Ireland

Hi Ya’ll, Just back from holidaying and wanted to catch up on my (vastly overdue) blogging about two incredibly inspiring literary festivals I attended in the last couple of months.

CROATIA AND THE FESTIVAL OF EUROPEAN SHORT STORIES

In May I visited Croatia for the first time and travelled to Zagreb for the Festival of European Short Stories. The festival was fantastic. The organisers were young and inspired and created a really special atmosphere that began with Croatia’s most famous writers hosting a roof-top BBQ for the international guests (and yes- cooking as well. Those Croats know how to cook and write equally well!). Each night there was five hours of short story reading (rather like a mammoth bedtime story session- see photograph below) from writers from the many corners of the world including Croatia, Iran, Lebanon, Serbia, France, Spain and Wales who was the guest country this year. Thanks toMartina Kenji for the wonderful photographs.

I ran a workshop (see photograph below), did two comics based on the wonderful short stories by Welsh writers Mary Costello and Deborah Kay Davies and had a tv interview with the fantastic Danijela.

The reason I was lucky enough to attend this festival is because I had met one of it’s founders- the lovely Roman Simic, in Lebanon at the Hay festival. I was so impressed by his energy (and his fantastic writing!) and we discussed some ways to introduce comics into the festival and Roman enthusiastically made each happen. We managed to find a group of Croatian women comic artists (via the wonderful Women in Comics Europe facebook group) and they agreed to each illustrate 2 of the short stories that were read at the festival. Below is a wee exhibition of the comics which included comics by Lea Kralj Jager, Helena Janečić, Ivana Armanini, Ivana Pipal, Sara Divljak and myself.

I also had the chance to extend my collection of comic artists from all over the world with these two lovely and talented specimens: Robert Solanovic and Lea Kralj Jager. The comics community really is so small and global that i love getting in touch with the comic creators of each new country I visit.

A Huge big thank you to Roman Simic,  Andrea Rozic, Jelena Spreicer and all the Festival of European Short Stories team for making my trip so special.

IRELAND AND THE HAY FESTIVAL IN KELLS. 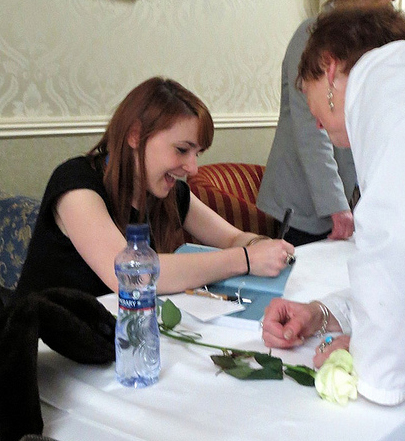 The very next month I found myself in Ireland for only the second time in my life for the very first Irish Kells Hay festival in the wonderful town of Kells (home of the illuminated text- the Book of Kells). I was delighted to be accompanied by the wonderful Irish comic and horror writer Maura McHugh who has written a far superior blog on our weekend here.

My talk was the very first one on the Friday so I was happy to get the scary bit out the way and get on with enjoying all the amazing talent the festival had to offer. We watched an amazing talks by Germain Greer andJeanette Wintersonwho we later met briefly at parties and over breakfast buns at the hotel. 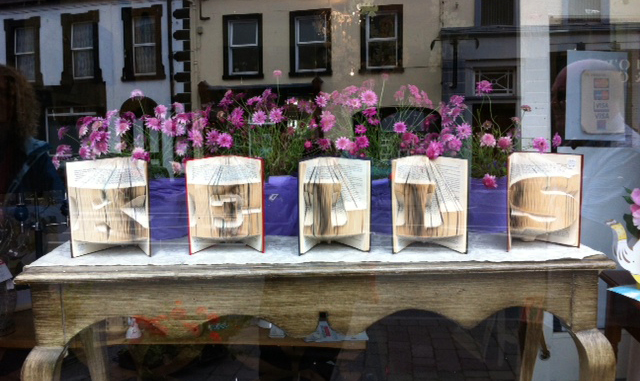 In the evening we watched a wonderful poetry reading under the stars outside a pub and didn’t get rained on once. We took part in a Girley bog walk (which was not girly in the slightest) and we had to escape when we realised we were only half way through after 2 hours. We fled the healthy outdoors for the dark and geeky world of books and attended John Banville’s talk.

Kells itself was the friendliest town I had ever set foot in. Shop owners stopped us in the streets to chat, a lady who’d attend my talk dragged me off to meet her husband on my way to the pub’s loos and an old Irish man got down on their knees in the hotel lobby to kiss my hand. Each any every shop window was crammed with books- from the bike shop (the biook shop?) to the butchers (or bookchers?) 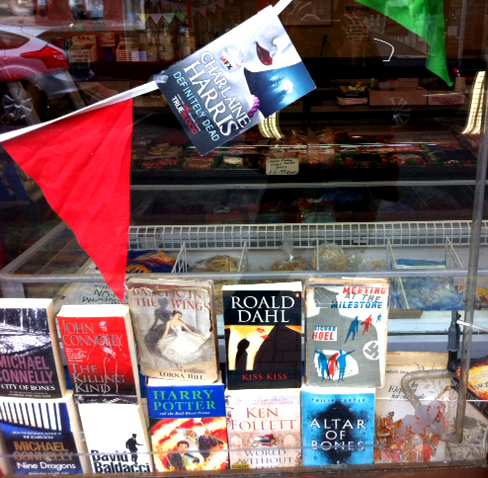 Maura and I chatted away into the wee hours and managed to get a castle visit squeezed into all that conversing. By Sunday I was utterly inspired and exhausted- not from all my partying but from the Irish folk signing in the pub outside our hotel window until 3am. I did not mind a bit having bought silicon earplugs and fell asleep certain that I was experiencing authentic Irish partying (albeit whilst tucked up in my bed). I shared my plane journey home with an old Etonian Tory MP… which sums up the many varied folk you meet at literary events! A huge thank you to Peter Florence, Lyndy Cooke, Rhodri Jones and the whole Hay team for the fantastic weekend